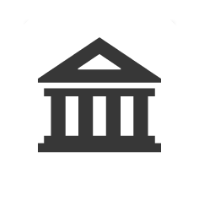 You are viewing an old version of this page. View the current version.

Intoxication by heavy metals like lead, mercury, arsenic, and aluminum has significant adverse effects on our long-term health. Unfortunately, in our modern day world, almost everyone is exposed to heavy metals and is affected to some extent by heavy metal intoxication.

Among others, heavy metals attach themselves to our nerve tissue where they cause long-term, irreversible havoc, like damaged or reduced mental and central nervous function. They can dramatically lower energy levels, do damage to blood, lungs, kidneys, liver and other vital organs. Long-term exposure can result in slowly progressing physical, muscular, and neurological degenerative processes that mimic Alzheimer's disease, Parkinson's disease, muscular dystrophy, and multiple sclerosis. They can cause allergies and cancer.

Once attached to our tissue we have to employ extraordinary means to part these compounds from the tissue and make them available for elimination again. The process involved is called chelation, where a chelation agent attaches to the metal, releases it from the tissue and makes it transportable by blood and the lymphatic system. The chelation agent can be administered orally or as an IV infusion.

Heavy metals can accumulate in the body over years and decades, especially when the environmental load is high, and the body is not detoxing correctly on its own. Often it's not even possible to deduct when or why the intoxication happened.

Removing heavy metals from the body, mainly when a high level of intoxication is present is not a short-term process, but takes patience and months or even years.

Before testing or treating heavy metal poisoning, it is essential to have all amalgam fillings in our teeth removed since they are a constant source of mercury.

Detecting heavy metal intoxication is done through urine testing. We need a physician expertly well-trained and experienced in heavy metal removal to do the testing in a meaningful way. The test consists of the analysis and comparison of two urine samples. The first is taken in the morning, right after getting up and before any food or drinks, the second one from urine collected throughout six hours after applying the "Advanced heavy metal detox" described below. This makes the test a heavy metal detox session.

Both samples are sent to a lab, and the results will return a few days later. The lab results will show the actual values of the respective heavy metals in mcg of the substance relating to the amount of creatinine. Thus, we get a good relative measurement, unskewed by the water content of the sample.

Unfortunately, we cannot measure the absolute amount of heavy metal in our body. The test can only tell us how much we can drain from the body when applying chelation. It's like opening the faucet of a barrel. We can just say if and how much outflow we have. However, we cannot deduct the capacity of the barrel itself.

The first sample (baseline) tells us the basic outflow of our body without any aid. The second one (chelated) shows us the outflow during the detox process. The test results have to be viewed with each other to understand what is going on.

The most effective therapy to eliminate heavy metals from the body is a combination of an oral (DMSA) and two IV chelation agents (ZnDTPA & DPMS) working together. Chelation agents attach themselves to heavy metals and break them loose from the tissue and transport them to the excretion organs. However, a certain amount of these bonds break up during the transport phase, freeing the metal ion which now would be free roaming in our body. DMSA is a weaker chelation agent than the two IV agents but lingers much longer in our system. By applying it before the IV treatments a 'safety net' is created that catches metal ions lost by the stronger, but shorter lasting IV chelation agents during transport. The combination therapy is up to three times more efficient than using oral DMSA on its own.

Professional heavy metal chelation has to be done by a well-trained and experienced physician. The procedure can be repeated once a week if it is well tolerated. After a certain number of treatments, we take a break and remeasure our heavy metal levels.

There are several herbs like cilantro, green tea, garlic, chlorella and compounds like alpha lipoic acid that aid the body in removing heavy metals. Supplementing them can improve our baseline detoxification. This is especially advisable when undergoing medical chelation that might stir up bound heavy metals in the body that should be eliminated in the days after the therapy.

Herbs and supplements can help detoxification, but in no way they can match the profound effect of a therapeutic chelation therapy.

As a special gift of nature, there is a compound that is extracted from the soft white layer between the orange's peel and its flesh.

Modified Citrus Pectin can be taken as an oral supplement and has a substantial chelation effect, which has already been proven in several clinical tries. MCP is particularly useful with seaweed alginates, which inhibit toxin re-absorption in the digestive tract.

In our tests, we measured an up to six-fold increase in mercury elimination when administering an MCP / alginate combination compared to our baseline values. MCP does not match the efficiency of our IV chelation therapy, but it can be applied daily which adds up to a tangible effect. It can be used on its own, either for acute treatment or ongoing detox support. It complements an IV chelation therapy very well.

Looking for a career? Join the team!